A unique monolith within the Garibaldi Volcanic Belt visible from the highway and any lofty perch along the Sea to Sky corridor, the Black Tusk is one of B.C.’s most readily distinguishable peaks and arguably the region’s most iconic geoformation.

To people of the Squamish Nation the Tusk is t’ak’t’ak mu’yin tl’a in7in’a’xe7en, “Landing Place of the Thunderbird,” while for the L’íl’wat, it is Q’elqámtensa ti Skenknápa, “Place where the Thunder Rests.” The mountain’s jagged shape and dark colouring are attributed to the Thunderbird’s lightning, or, per another account, the supernatural raptor’s talons strafing the peak.

Celebrated in hiking guides, paintings and numerous commercial names, this distinctive spire is composed of andesite—a form of lava with a slightly higher silica content than basalt. Long thought of as a “volcanic plug”—the remnant solidified lava core of an eroded stratovolcano—recent studies on cooling patterns of the lava have reinterpreted the tusk as a subglacial eruption that was fully contained beneath a Pleistocene ice sheet. In addition to the tusk-like spire that was first climbed in 1912, two rapidly shrinking glaciers flow northward to ~1,800 metres, constellated in summer by rock from the ever-crumbling tower.

Located in the heart of Garibaldi Provincial Park, Black Tusk is visible from roadside vantages, from the top of Whistler Mountain and many other peaks, and is a key hiking, skiing, and flightseeing destination. Two main access points—the Rubble Creek/Garibaldi Lake trail to the south, or the Helm Creek trail to the north accessed via the Cheakamus Lake trailhead—offer substantial hikes on their own (~25 km round-trip). But many choose a car-drop at one or the other trailheads in order to cross from one side to another (~30 km) through the cinder-cone moonscape surrounding Helm Creek

Parking and washrooms at both trailheads; washrooms at Garibaldi Lake, Taylor Meadows and Helm Creek campsites. 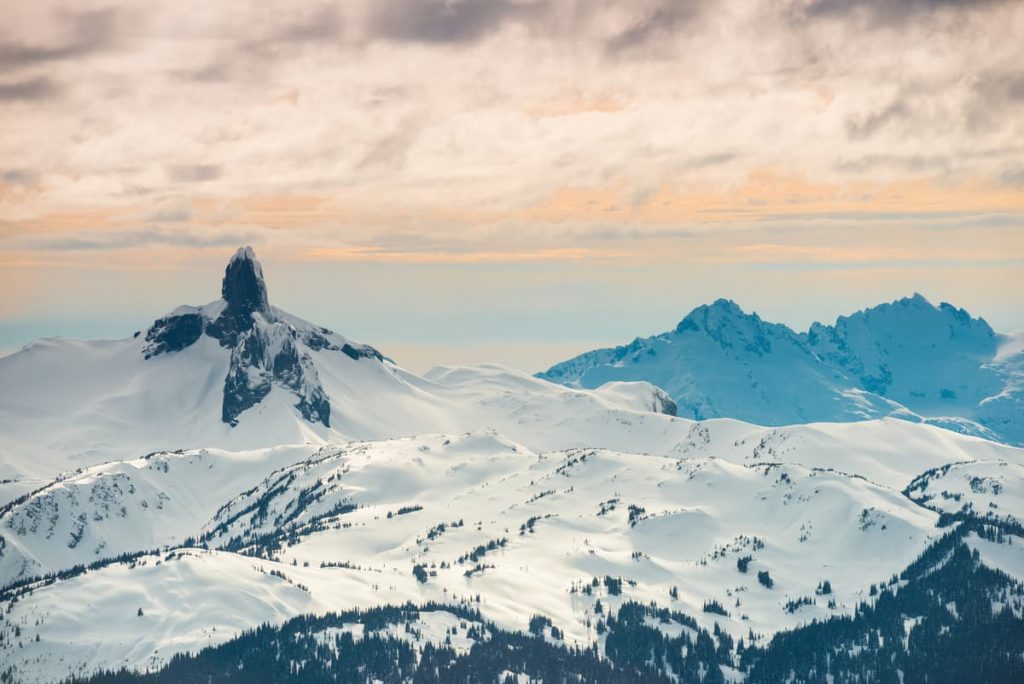 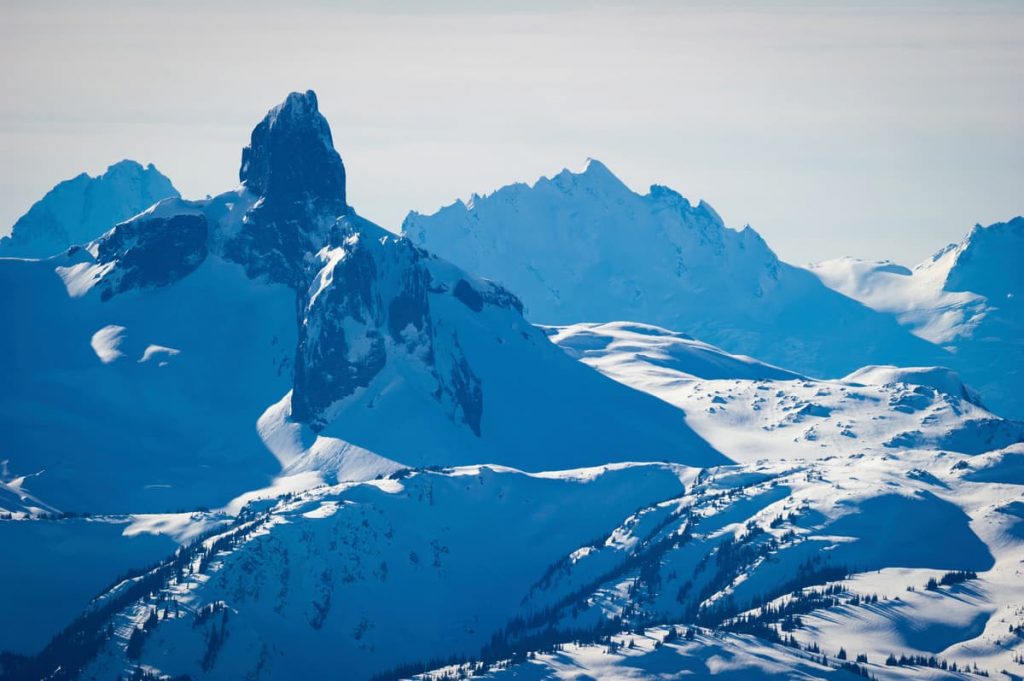 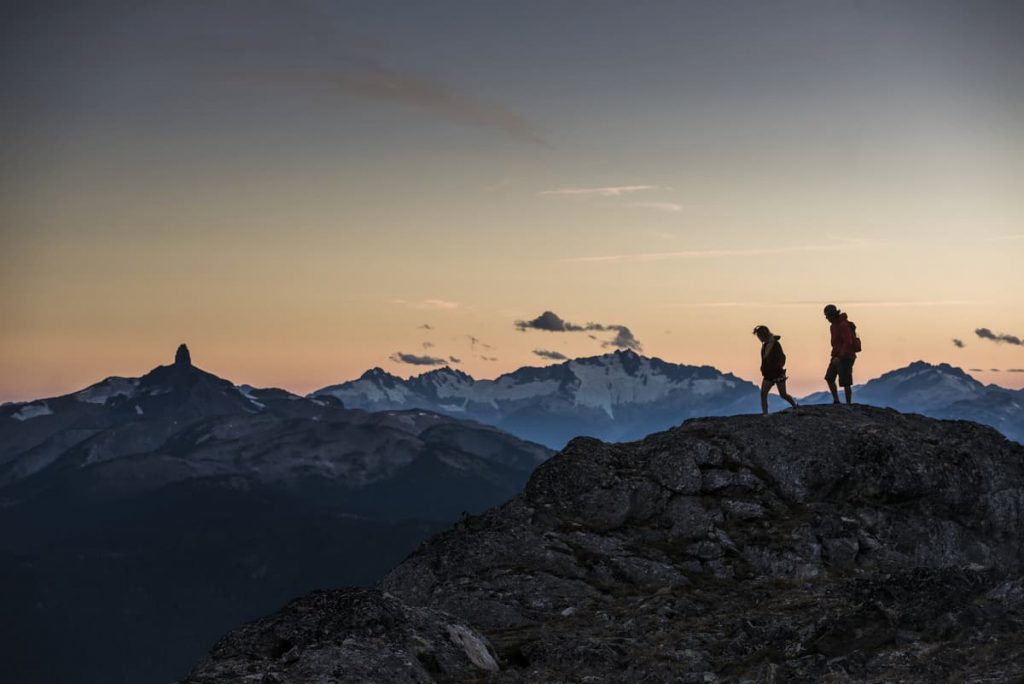 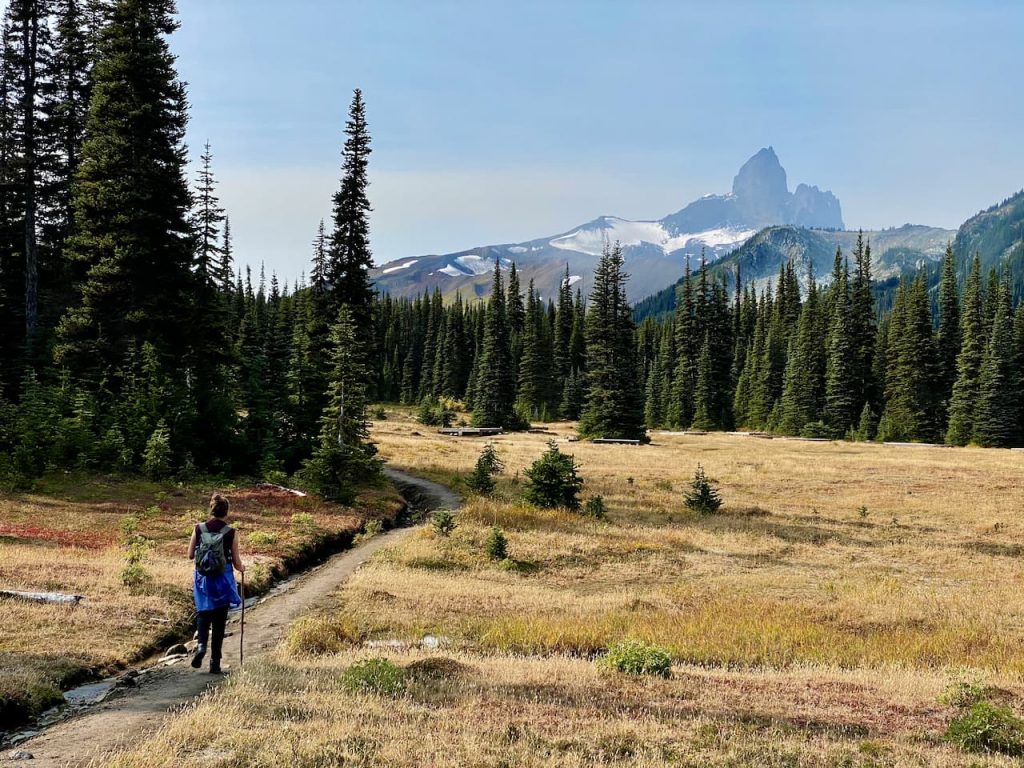 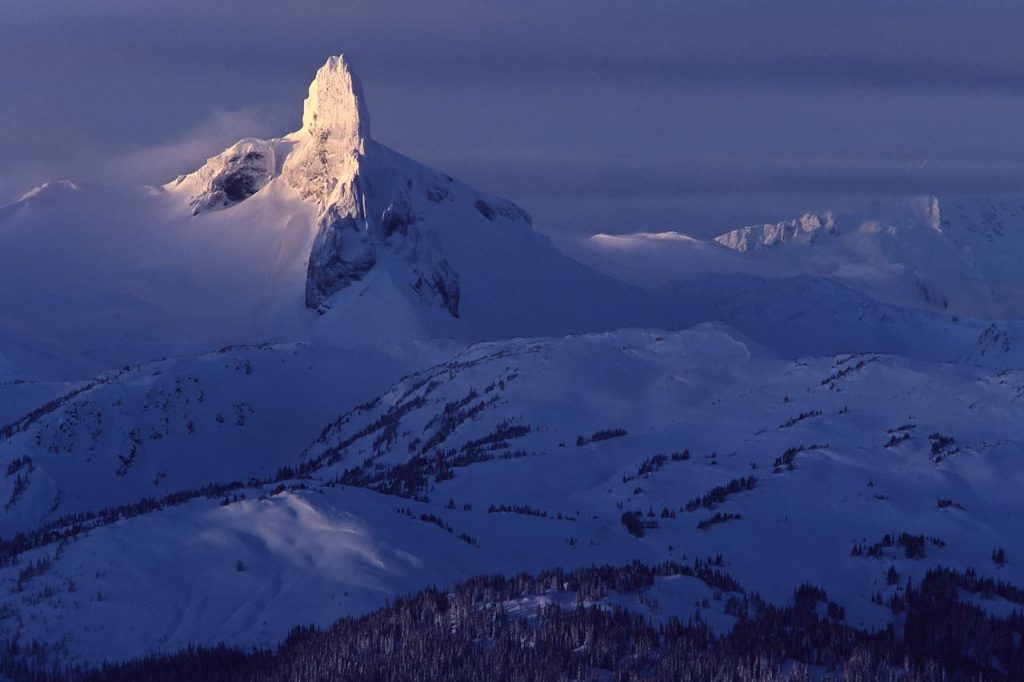 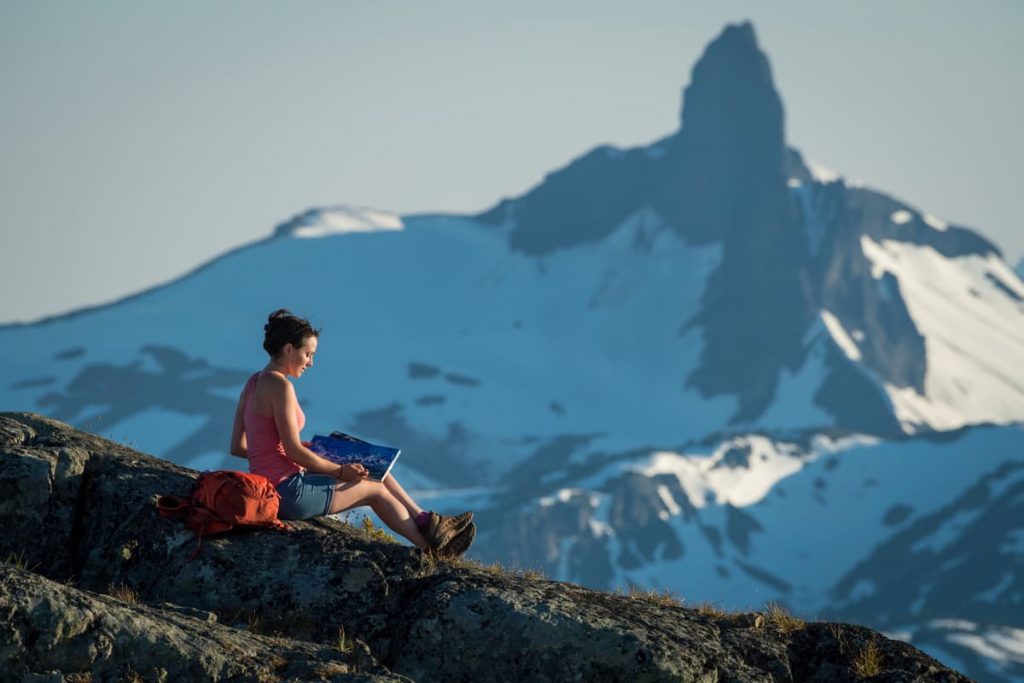 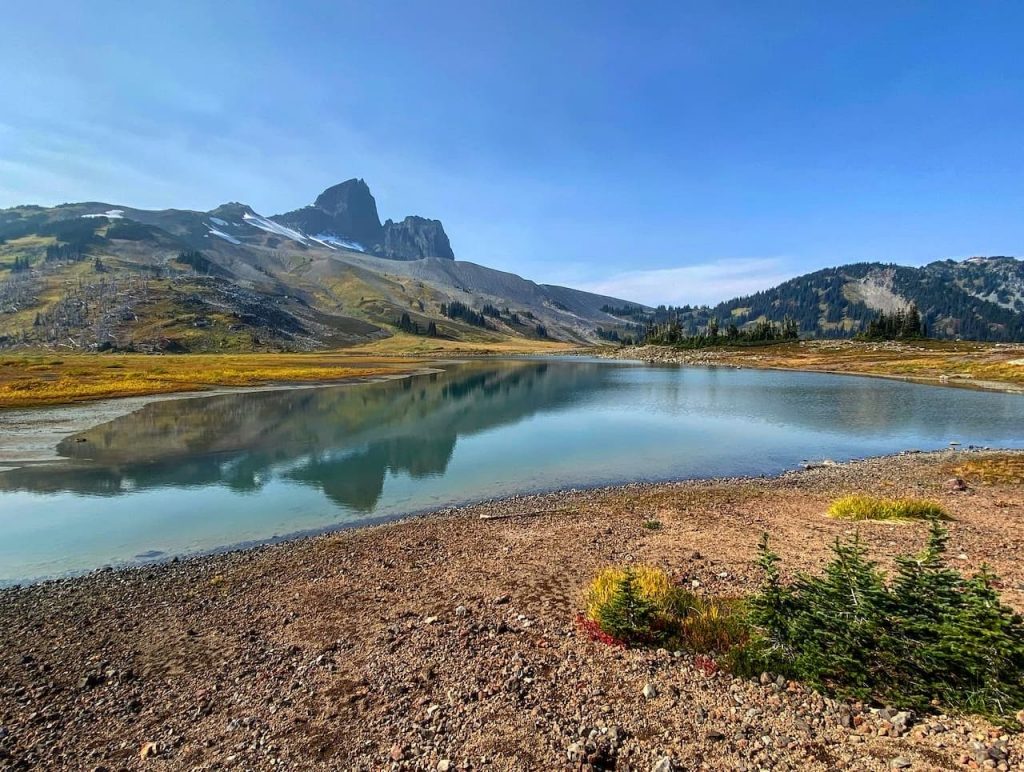