The Stawamus Chief looms over the town of Squamish as North America’s second-largest granitic monolith (basically an ancient magma chamber), out-bulked only by Half Dome in California’s Yosemite National Park. Unsurprising in its appeal to the same climbing crowd that frequents Yosemite, “The Chief” is attached to a larger granodiorite batholith of basement rock (mid-Cretaceous Coast Plutonic Complex) that formed ~100 million years ago some 15-30 kilometres below the Earth’s surface and  largely comprises the walls of Howe Sound, which it sits at the head of.

Known as Siám’ Smánit in the the language of the Squamish First Nation, a legend revolves around the formation’s prominent, dark-coloured mafic dyke (mainly ferromagnesian minerals) running vertically across the face, one of several that intruded into the granodiorite batholith ~40 mya.

The exfoliation and rockfall characteristic of such a weather-exposed granitic formation has ramped up in recent years due to the more extreme heat, cold and precipitation events of climate change, posing a significant geohazard to recreationists and prompting closure of some sections. The strenuous hike to the summit is an iconic Sea-to-Sky activity and yields spectacular views of the town of Squamish and surrounding Átl’ka7tsem/Howe Sound UNESCO World Biosphere Region.

You can’t miss the Stawamus Chief from Hwy 99 or anywhere in Howe Sound or Squamish for that matter, but those wishing to make the popular hike up its flanks can do so from the main parking lot of Stawamus Chief Provincial Park located ~2 km south of Squamish. 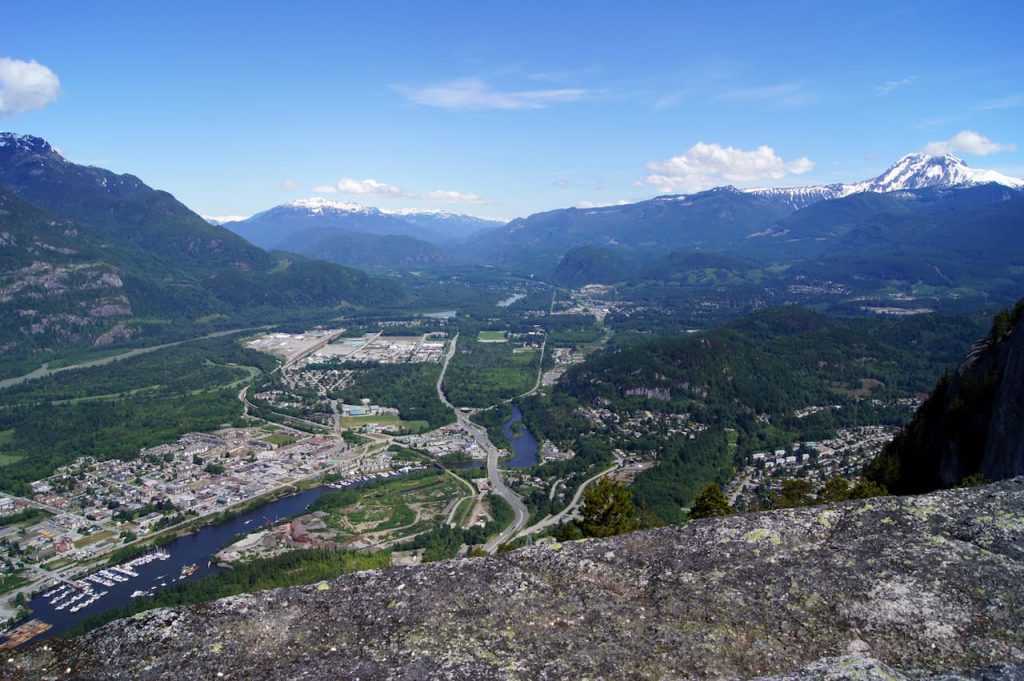 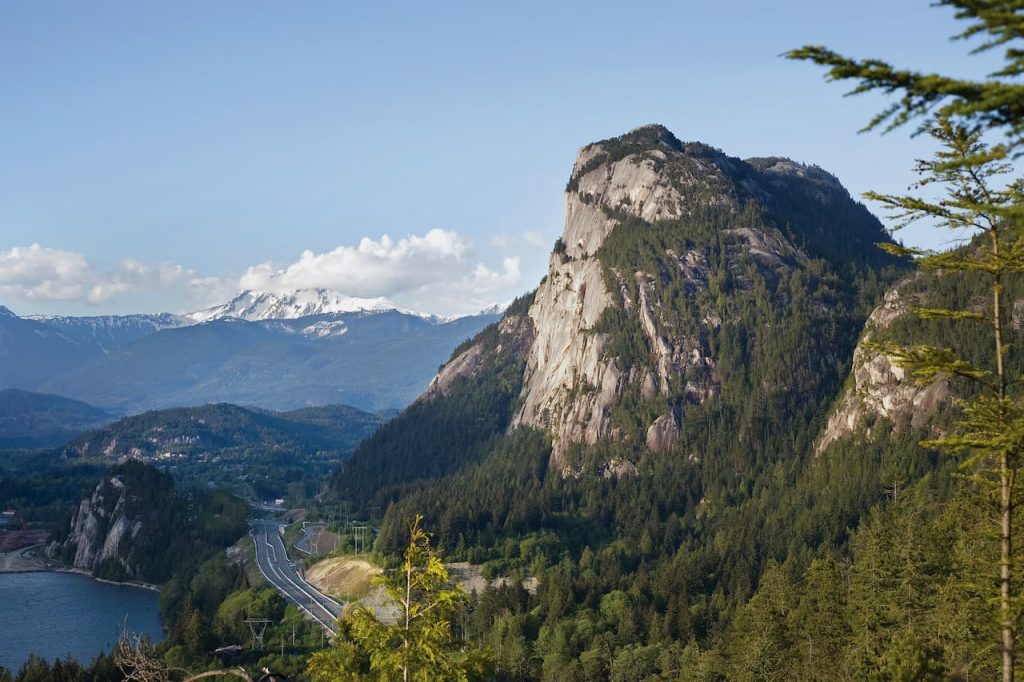 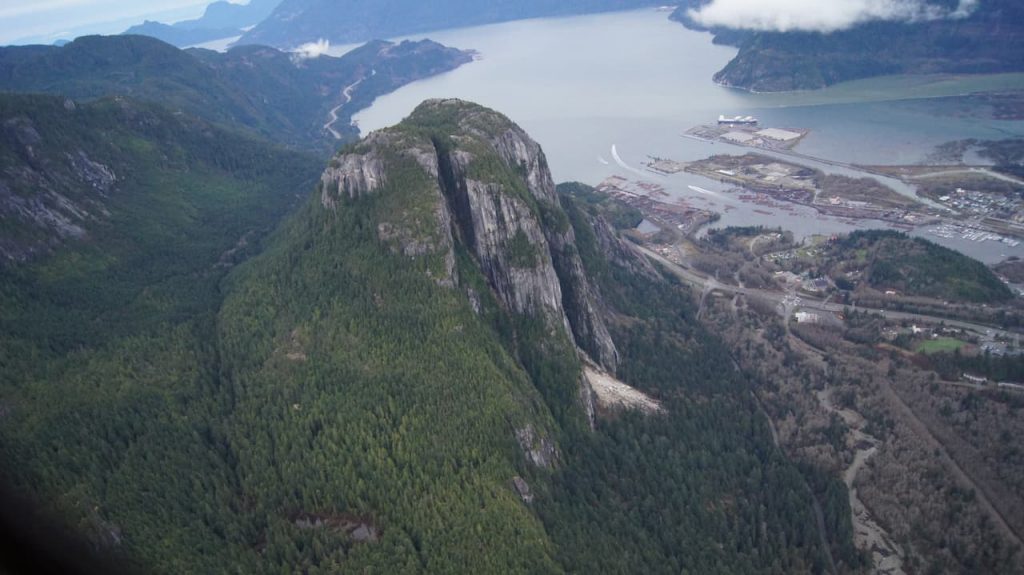 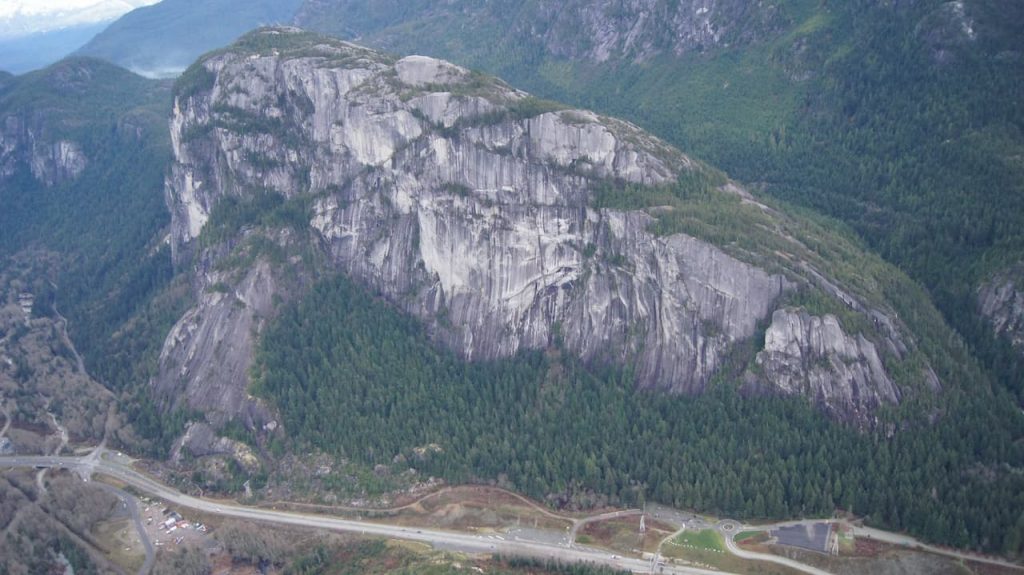