Biodiversity is a term that describes the biological variety and variability of life on Earth. It references and measures this variation at three interconnected levels: genes, species, and ecosystems.

How do these Levels Work Together?

The more individual genetic diversity contained within different populations of a single species, the better that species is able to adapt to the various challenges of its environment, such as those posed by climate, landscape, food availability and competition. 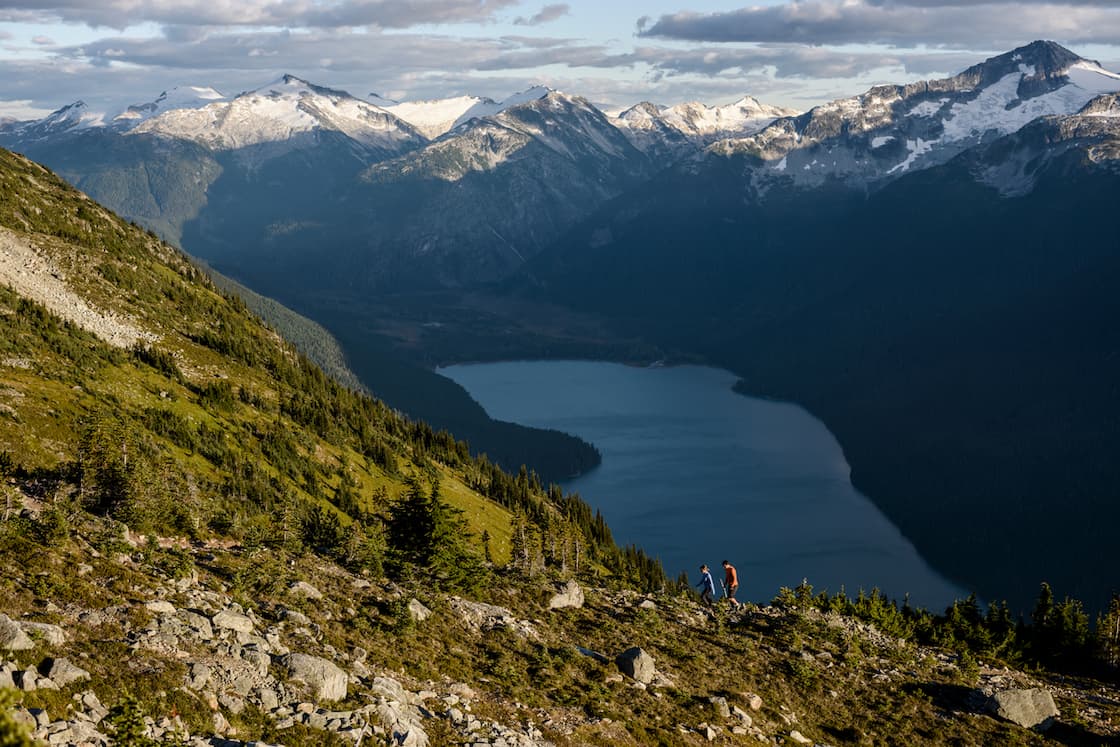 Finally, the greater the variety of ecosystems on a landscape—e.g., forest, alpine, wetland, estuary, etc.—the richer the broader geographic environment.

Biodiversity is unevenly distributed on the Earth’s surface and usually greater in the tropics—the result of a warmer, more stable climate and high primary productivity. Although gradients in terrestrial biodiversity can be both latitudinal (e.g., diminishing from the equator to the poles) and altitudinal (diminishing from valley bottom to mountaintop), various biotic and abiotic factors can combine to create biodiversity “hotspots” anywhere.

Likewise, although marine biodiversity is highest in the mid-latitudes and along coastal areas, hotspots can occur anywhere—even in the Arctic!

Biodiversity is heavily influenced by both climate and geodiversity, which combine to create the conditions (e.g., soils, landscapes, waterbodies) that underlie the development of various types of habitat. The first person to articulate this relationship was the German naturalist and explorer Alexander von Humboldt, who wrote the following in Cosmos, his 1858 tour-de-force on nature and the planet: In considering the study of physical phenomena… we find its noblest and most important result to be a knowledge of the chain of connection, by which all natural forces are linked together, and made mutually dependent upon each other.

Because of its large size, proximity to the ocean, varied topography and labyrinthine mountain terrain, British Columbia encompasses many different climate regions. It’s no surprise then that it is recognized as Canada’s most biodiverse province, containing, for example, 70 per cent of the country’s native breeding bird species (the Pacific Flyway traverses the province), 70 per cent of its mammal species (both terrestrial and marine), and 75 per cent of its bryophytes (rainforest-loving moss and relatives).

B.C. also has Canada’s richest diversity of butterflies and vascular plants, and the largest number of endemic (i.e., found only in this province) reptile, amphibian and beetle species.

The entire Pacific Northwest region of North America, which stretches from northern California to Alaska and includes much of B.C., is known for both its biodiversity and high number of endemics—plants and animals found only in this region and nowhere else on Earth. Examples include the Pacific madrone (or arbutus) tree, the mountain beaver (an ancient rodent that actually has no relation to real beavers), the Pacific water shrew, the Pacific giant salamander and the diminutive

Some 14 biogeoclimatic zones have been identified in British Columbia. The Sea to Sky Corridor and Fire &amp; Ice Aspiring Geopark are dominated by two of these: the Coastal Western Hemlock zone (CWH—essentially rainforest) and the Coastal Mountain Heather zone (CMH—an above- treeline alpine area). Smaller zones and pockets in the geopark include Mountain Hemlock (MH), Engelman Spruce–Subalpine Fir (ESSF), Coastal Douglas-fir (CDF) and Interior Douglas-fir (IDF) along with various subzones. As a result, terrestrial and freshwater biodiversity across the region is reasonably high, albeit concentrated in valley-bottom and coastal-lowland areas.

The marine environment of the North Pacific Ocean is represented in the geopark by Howe Sound, North America’s southernmost fjord. Marine biodiversity here is similar to the rest of the B.C. coast at this latitude, and is highlighted by five species of Pacific salmon, several transient species of whale, and several ancient glass sponge reefs—a globally unique and protected ecosystem that provides important habitat for spot prawns, rockfish, herring, halibut and rare sharks.

The Whistler Biodiversity Project, begun by Bob Brett of the Whistler Naturalists has increased the number of known species in the Resort Municipality of Whistler from 500 to almost 5,000 in ten years, and also expanded knowledge of biodiversity in the neighbouring communities of Squamish and Pemberton. Other regional societies concerned with biodiversity include the Squamish River Watershed Society and Stewardship Pemberton Society.

There are many ways to experience the abundant biodiversity of the Fire &amp; Ice Aspiring Geopark. Hiking or strolling in a signed interpretive area (e.g., Whistler Interpretive Forest, Lost Lake Park, Porteau Cove, Nairn Falls Provincial Park) is the simplest way to see and learn, but other interactive means include: following the First Nations Cultural Journey of interpretive kiosks (topped by traditional woven cedar hats) along Highway 99; hiking the region’s abundance of trails; or partaking in various kinds of boating on rivers, lakes and ocean; or even sign onto a commercial bear-watching safari!

You can also participate in the Whistler Naturalists’ bird walk/counts, summer BioBlitz and fall Fungus Among Us events.

Next to climate change, the current rapid loss of biodiversity poses a second great existential threat to life on Earth. This is because as all forms of life—including humans—exist only because of their relationships with other lifeforms. In addition to the many challenges of a changing climate, biodiversity is also being affected by loss of habitat, over-harvest, pollution, disease and invasive species to name just a few threats.

In the Fire & Ice Aspiring Geopark, for instance, the small South Coast population of grizzly bears is threatened by recreational trail development and increased of their alpine habitat use by humans

The biological abundance of the Sea to Sky Corridor was more than just a list of plants and animals to the First Nations who inhabited the area—it was life itself.

Historically, the Squamish Nation and Lil’wat Nation shared a seasonal village known as Spo7ez near the junction of Rubble Creek and the Cheakamus River. It was a base for members of both nations to gather resources in summer and to trade materials from coastal and interior areas.

It was helpful that the edible plants and berries they were harvesting also attracted birds and animals. Men hunted and women set traps close to home to provide food for the family. They would also use animal skin and furs for traditional clothing and regalia. In addition, the superb fishing in the rivers, lakes and creeks provided plenty of food throughout the year. Famously, about a 1,000 years ago Spo7ez was destroyed by a landslide from The Barrier.

More recently, many Lil’wat Nation families had seasonal camps around Whistler’s Green Lake which they would occupy in the summer to pick and preserve berries for winter. There are still living members of the Lil’wat who spent their childhood in these seasonal camps. As you walk some of Whistler’s trails you can still see Culturally Modified Trees (often called “CMTs”) from which cedar bark was once harvested.